But this summer, after months of preparation, Tasmanian Luxury Lodge Saffire Freycinet launched their newest and most immersive guest experience: The Saffire Beekeeping Experience.

Guests can now trade the oyster farm waders for a full-body apiarist suit and venture into a nearby private apiary, overlooking the Hazards of Freycinet.

“With up to 60,000 bees per hive, beating their wings 230 times each second, this is actually quite an adrenalin-filled experience,” says Rob Barker, although his calming influence on both guests and bees alike ensures the bees are undisrupted throughout the encounter.  “Such immersion in nature is as fascinating as it is exciting, particularly as bees are the cornerstone of our ecosystem, without which our world would be a very different place.”

The experience was launched mid-December 2018 and creates yet another link between Saffire guests and local producers of premium Tasmanian food and beverage.  “Rob turned up at Saffire one day selling his locally produced honey,” Saffire General Manager, Justin King explains.  “We tried it, realised it was exceptional and began using it in our kitchen immediately – but it was Rob’s passion for bees and the creation of honey that helped us realise there was a bigger opportunity here for our guests.” 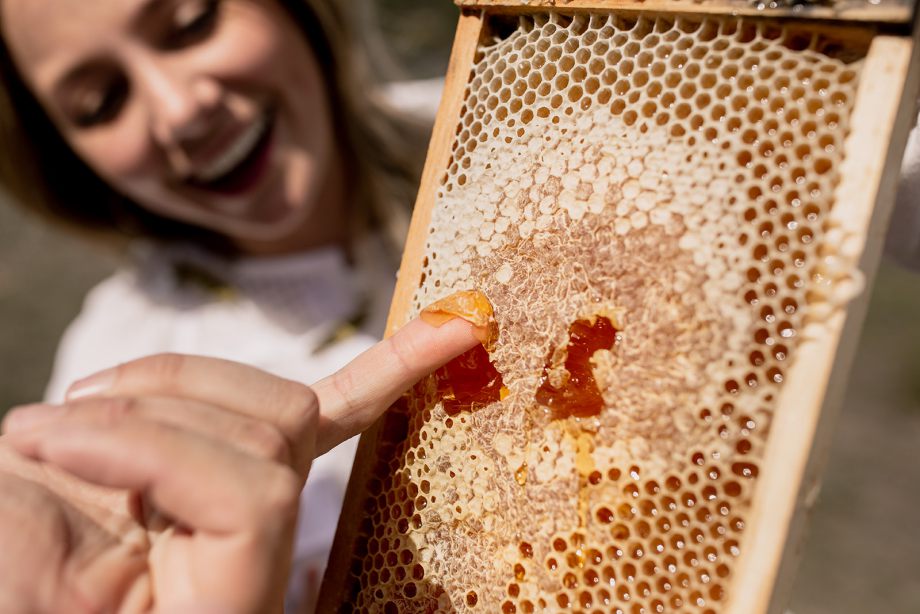 Saffire’s culinary experience stipulates that 80% of produce is sourced locally on the island, with the Tasmanian-born executive chef Iain Todd often incorporating the raw, wild, unheated and pure honey from the apiary in a variety of dishes on the daily-changing menu.

The Freycinet Peninsula is rich in biodiversity, and Rob’s bees forage happily on the area’s flowering native flora such as the abundant and medicinal leptospermum scoparium (manuka), fragrant kunzea ambigua,  and bursaria spinose (prickly box). The flavour of resulting honey is ever-changing with the strong seasonal variation, unlike monofloral varieties often found elsewhere. This results in a honey with a completely distinctive, unrepeatable flavour profile, and also has the highly sought-after medicinal qualities of manuka honey. “Talking to international guests, they’re shocked at the flavour in Rob’s honey because it has a terroir you just don’t get in Europe and the United States,” says Chef, Todd.

As if the excitement of this new experience wasn’t enough, the Saffire team are also ‘buzzing’ following yesterday’s announcement that Saffire has been recognised as the Best Luxury Hotel in Australia and South Pacific 2019, by the world’s largest travel website, TripAdvisor, for the fifth consecutive year in a row.

Saffire features 20 accommodation suites, each with sweeping views of Great Oyster Bay and the Hazards Mountains and complete privacy from the neighbouring suites. The relaxed furnishings feature an eclectic mix of traditional and contemporary, with locally made timber pieces alongside mid-century classics such as chairs designed by Charles and Ray Eames and Herman Miller.

Guests can learn the secrets behind the sweetness in this new ‘Beekeeping Experience’ in perhaps Saffire Freycinet’s most immersive offering yet.

What guests can expect:

With the safety and guidance of Saffire Horticulturalist, Rob ‘The Bee Man’ Barker, guests approach the hives to witness thousands of Tasmanian bees at work, and extract warm, fresh honeycomb to experience the breathtaking natural phenomenon of honey-making.

Aside from this out of the world beekeeping experience, Saffire also offers 14 other unique experiences for guests, focussed on connecting guests to place through nature, culture and produce. Winery experiences, archery, cooking demonstrations, cocktail mixology, kayaking, guided hiking and birdwatching are inclusive and can be arranged with ease.

For all immersive experiences visit here.

Voted World’s Best Boutique Hotel and World’s Best Luxury Hotel, Saffire offers an authentic, enriching and uplifting experience, which promises every moment to be special. Distinct in its design and exclusive in its features, Saffire sets itself apart as the best luxury accommodation in Tasmania by its approach to tailored, one-on-one experiences and service. Just 20 accommodation suites are discreetly positioned overlooking the Hazards Mountains, Freycinet Peninsula and the pristine waters of Great Oyster Bay, along with an exclusive day spa, restaurant and lounge. The lodge is intimate, engaging, secluded, and offers unique experiences that leave guests with an unforgettable connection to place.

Saffire Freycinet strives for ongoing excellence and continues to be awarded numerous accolades:

Saffire Freycinet currently has a 5 out of 5 star TripAdvisor review rating from over 600 reviews!

You need to know these best Mediterranean photo spots 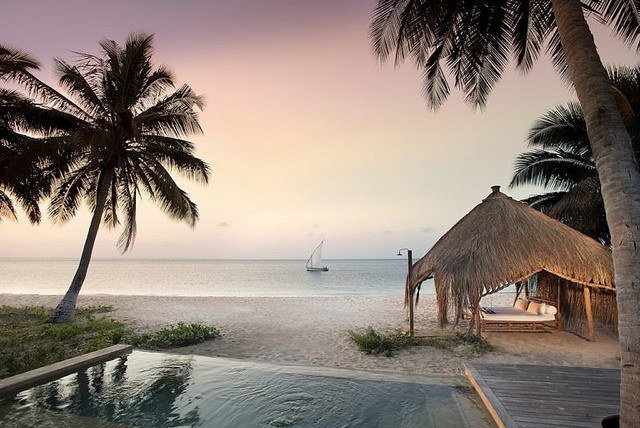