Amazing herd of elephant help a calf after collapsing

Juanita Kruger, wildlife photographer was travelling on the H1-2 in the Skukuza area of the Kruger National Park. The last thing that she expected, was for an elephant calf to collapse in front of her vehicle.

It was early morning, 07h46; Juanita had just arrived, but before long she was completely surrounded by this herd! And no doubt, she was terrified!

“It all happened so suddenly!” In the nick of time though, Juanita managed to remove her 550mm lens from her camera and set it to video mode. She began filming just as the calf dropped! “Some of the herd desperately tried to push him from behind, but he just refused to move.”

“My first thought was that he was dehydrated. But it was an extremely cool, over-cast and drizzly morning, so I had to rule out dehydration.” She continues, “Many other thoughts raced through my mind, including that he was physically too tired, or perhaps, unfortunately ill!”

What you don’t see in the video is how the larger female turned to the right side of the video. This is after trying to help him up several times. She tried to redirect the remainder of the herd on Juanita’s right hand side. This followed by a definite warning signal with her right feet and her ears. Immediately they backed off and found another route, which passed behind Juanita’s vehicle. Juanita says, ‘The only one who persevered alongside the matriarch was the other larger calf. By this stage realising that I was surrounded I began to shake. And therefore unfortunately had to edit and cut scenes from the video clip.

Finally they manoeuvred him up and he walked with the herd into the bushes where we could see him feeding. Juanita says, ‘I finalised my thoughts that it was the warmth of the tarmac that was inviting for this little fellow!”

Intrigued by this behaviour, Latest Sightings chats to elephant fanatic and guiding expert Conrad Cramer. Having worked in the Kruger and currently based in Addo Elephant Park he says, ‘Based on what Juanita described and that the young elephant was ambling along comfortably before it collapsed would make me believe that the calf was doing fine. It is common for calves to thrown a “tantrum” when the herd is moving and mom won’t let them suckle.’

Elephants are tactile creatures hence the display of stroking, prodding and pushing of the young elephant. Another fact that makes Conrad think the elephant was not ill is that he moves off okay into the thickets and is seen feeding. Conrad says, “I have witnessed many stubborn bull calves and tend to agree that he most likely simply wanted to enjoy the warm tarmac.”

A 10-15 minute process which felt like an eternity, Juanita concludes, ‘There is so much our human race could learn from elephants. Specifically the way they care and love one another, and their communication. I don’t believe us human beings can even begin to comprehend the depth of the communication skills between elephants.”

How to experience the best of India and a wedding 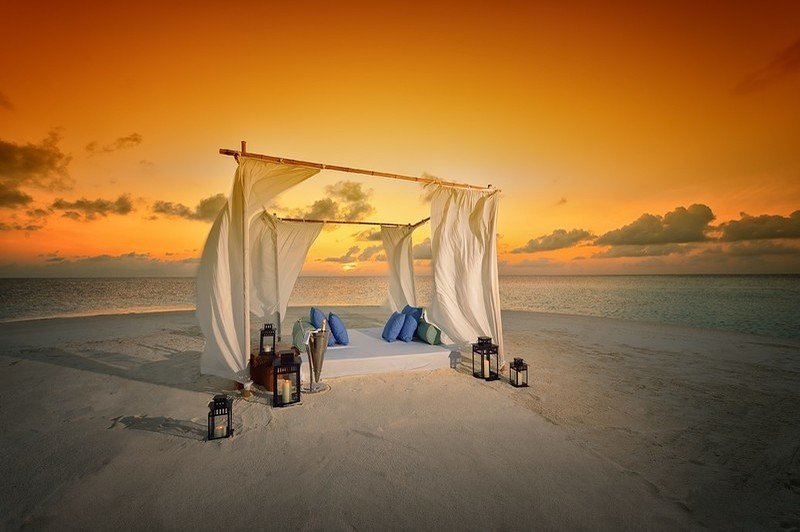 Greatest sleep beneath stars luxury experience in the world