9 Reasons why Lithuania should be your next holiday destination

Lithuanians are proud to have been brought up in a country with such a rich historical past, and they try to accentuate their national heritage by doing their best on stages and in sports arenas, by being great painters and authors, by singing their hearts out to thousands of people, and by making their presence known with the tricolor flag.

When you think of Lithuania, maybe the first thing that would come to your mind would be the Baltic Seas. Its borders are surrounded by Latvia in the north, Belarus in the east and south. It is one of the countries in the Baltic region that is worth adding to your itinerary. Lucky for you, sites such as hekla.com can help travellers like yourself in planning a fun and yet worry-free travel on your next visit to Lithuania.

Here are the 9 things that you need to remember first when you go on a trip to this country that carries its official scent.

A magnet for history buffs – its capital, Vilnius, is the country’s largest city. It is known for its baroque architecture which can be found in this city. Some of the well-known Lithuanian tourist sites that you can include in your travel plans are the Basilian Monastery, the Church of St. Theresa.

Lithuania is more than just a country full of historical architecture. There is another side to the country that is yet to be discovered. Being a traveller on the go, hekla.com can help you in choosing the activities you want to do during your stay in the country. Aside from the different historical sites, here are some other fun-filled activities that you can do in Lithuania.

1. Explore its culinary side – Cepelinai is the national dish of Lithuania. It is a dumpling made from potatoes, that is stuffed with meat, curd cheese or even mushrooms. It is often served after the harvest season during fall and large family celebrations. It’s not the best dish to eat during a night-out in Lithuania, though, so best to keep that in mind. Yet don’t be fooled by this dish’s fatty indulgent flavour as the dish is served with a dual purpose of providing sustenance and also help people keep warm during winter.  If you ever get a chance to sample this dish, take a closer look because it’s shaped like a Zeppelin airship from which its name was derived from.

2. Take a walk to the wild side – For travellers who prefer to commune with the natural world, there are many nature trails and parks where you can spend a day hiking. The best trails to hit would be Vingis Park which is a park located in Vilnius. It’s within a walking distance from the capital’s old Baroque town which offers numerous hiking trails for its visitor. If you want to go further, you can also visit the Kulgrinda hiking trails which are located in the Varniu Regional Park. The term kulgrinda are secret historical trails that were used during the 13th and 14th century by Teutonic Knights. These trails were used because they gave coverage often passing through bogs or lakes. Whoa, it would have made it very easy for someone to evade any enemy during those times!

3. Under the Sea (or Lake) – Do you know that Lithuania also has some of the best diving spots that can equal those of the Red Sea or the Mediterranean Sea? There may not be any coral beds found in the Baltic Sea, you would be surprised when it makes for the haunting yet captivating dives with the sunken ships and wrecks found in its sea bed. Some of the wrecks found in the Baltic Sea is the Nazi warship U-580 which sank after colliding with another ship. Before diving though, it’s best to check accredited diving centres or hire a licensed diving instructor as the sea is known for its very cold and turbid waters. If the Baltic Sea is too much of a challenge, there are other alternative diving spots. One of these is Tauragnas Lake. It is located in the Aukštaitija National Park in Tauragnai in the Utena County. It boasts of 62.5 metres in depth which is the same size as the step pyramid in Egypt. The Tauragnas Lake is popular among dive enthusiasts because of its extreme depth and silent water currents.

4. And I say, Thank you for the music! – Want to discover a different side of Lithuania? Well, why not go to Lithuania’s Centenary Song Celebration. It is a massive gathering in the country held in Vingis Park as it is a showcase for artists performing Lithuanian traditional songs, dances and even national costumes from different parts of the world. The week-long festival started in 1924 and has been held since the country was restored.

5. Walk like an Egyptian, visit the Pyramid of Merkine – Now, you would think that pyramids only existed in Egypt but think again. For Lithuania, has its pyramid. Though it may not look like the typical pyramid found in Djoser, the Pyramid of Merkine if found deep in the Dzūkija National Park. It was discovered by a boy named Povilas Zekas, where he had experienced visions. It has become a mecca for New Age practitioners as you can see a glass dome structure which encloses the pyramid. It is believed that were the spot where the pyramid and dome are channels where one can divine energy. 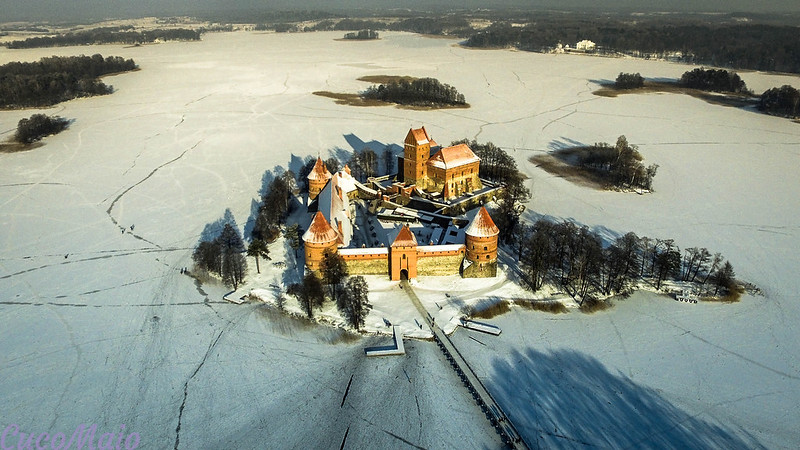 6. They see green on St. Patrick’s Day – Thought that St. Patrick’s were celebrated exclusively in Ireland, but the country has a very unique way of celebrating this feast day. It also celebrated on the 17th of March and what Lithuanians do is they dye the water of the Vilnia River green. You can also sample some of the traditional Irish fares such as Guinness pie and Irish stew during this occasion.

7. Experience the Mind-Boggling at the Vilnil Museum of Illusions – Have a wonderful mind-boggling experience when you visit this museum. These 400 square metre spaces display coolest tricks and optical illusions that can make the best selfies you can show to your family and friends.

8. Experience A Traditional Lithuania Christmas – You can also experience the holidays in Lithuania. As there are many markets that pop-up in Vilniaus during this time of year. You can learn about the origins of the country’s holiday celebrations. You also get to experience and their authentic treats while shopping for trinkets and gifts for your friends and family.

9. Now, you have your 9 reasons on why Lithuania should be included in next travel plans. With sites such as hekla.com travelling has become easier and interesting with the many sights and sounds that you can experience in this endearing Baltic country. 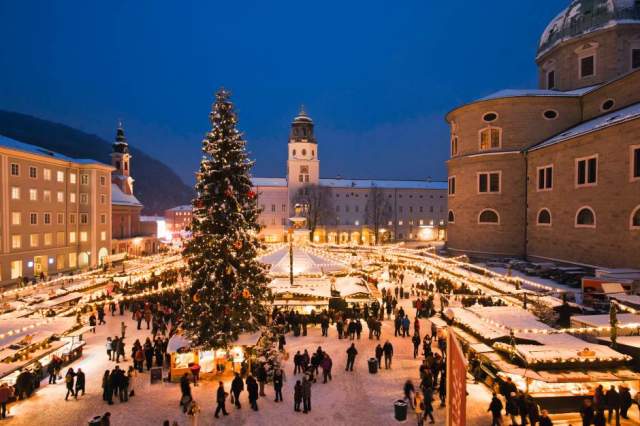 Celebrate the best of Christmas in Austria 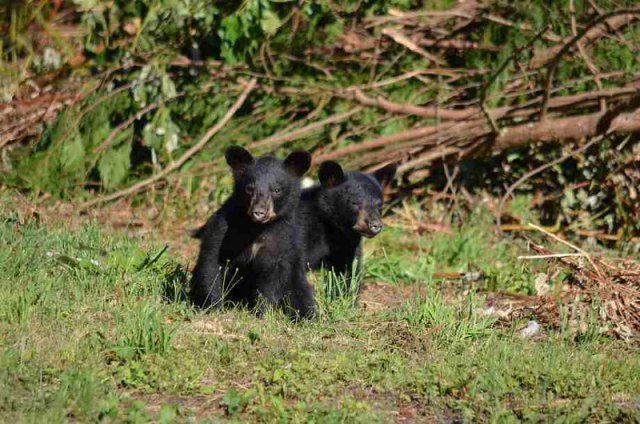 Watch this is what a black bear cub sounds like

The blow your mind Galápagos voyage of the world

How to explore the best indigenous cultural side of Australia

Watch this is what a black bear cub sounds like

Celebrate the best of Christmas in Austria